Warning: Use of undefined constant ENVIRONMENT - assumed 'ENVIRONMENT' (this will throw an Error in a future version of PHP) in /homepages/31/d300592667/htdocs/equib/wp-cms/wp-config.php on line 32
 London Underground – Track Partnership – Equib

Track Partnership is a strategic alliance between London Underground and Balfour Beatty Rail responsible for delivering essential track and drainage renewals to the London Underground network. Throughout the five-year contract, Balfour Beatty Rail worked towards applying innovation and improving the planning process to renew the world’s oldest metro system while keeping 4 million people moving in London every day.

The project to deliver a world-class transport system for London included works to replace ballasted track, points and crossings, including all ancillary signalling and drainage works on the Tube network.

Equib provided resource to act as the Balfour Beatty Rail’s risk manager for the Track Partnership contract, ensuring that risks were being appropriately managed across the project, programme and business levels. The duties of the risk manager involved facilitating the identification and mitigation of risks across the numerous sub-projects, liaising with the Senior Team to ensure programme wide risks were being captured and managed, and implementing an escalation process for business risks. 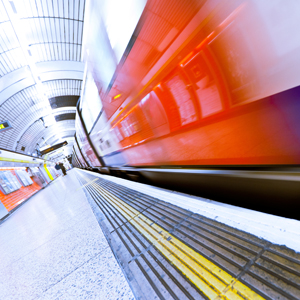